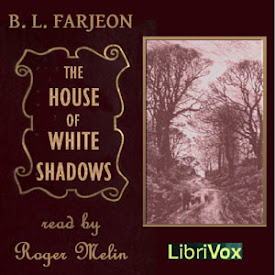 The House of the White Shadows

Is a defense attorney bound to defend his client, or with his conscience, when he knows that the man he is defending is guilty of the charges against him after the trial has already commenced? And if friends hold a belief that he may have been aware of it before the trial commenced, yet they are endeared to the man and his family as upstanding and of the highest grade? Might it not become cause for blackmail, and therefore potential retribution? "The House of White Shadows" brings these issues to the forefront, while the reader learns of the background of the advocate, his family history, and the house in question. The characters in the story, the history of the house, the truth behind the white shadows are all woven together in a fascinating manner to be brought to fruition as the books progress with dramatic insight and understanding.

Mr. Farjeon's style is remarkable for its vivid realism. The London "Athenæum" in a long and appreciative review styles him "a master of realistic fiction." On account of his sentiment and minute characterization he is regarded as a follower of the method of Dickens. No writer since that master can picture like Farjeon the touching and pathetic type of innocent childhood, pure in spite of miserable and squalid surroundings. He can paint, too, a scene of sombre horror so vividly that even Dickens himself could scarcely emulate its realism. (Summary from preface and by Roger Melin) (16 hr 47 min)

2018 - The more times I listen to this, the more I like it. Even though it has a sad ending (which I avoid), I am pleased that forgiveness abounds. Parts that touched me the most was the childs attempts to put his parents together. I enjoyed the other plots and past history stories intertwined. There wasn't a lot of repetition of feeling.

Reminiscent of Wilkie Collins, seasoned by a Dickensian climax. however, it's not either of those literary giants. but certainly worth the listening for those who like Victorian fiction.

Liked the plot (until the end) and the reader (always.). Reader gets ⭐️⭐️⭐️⭐️🌟