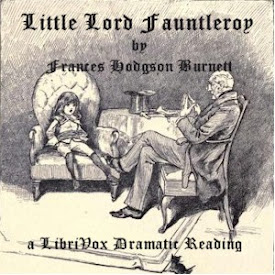 This story is about an American lad of 7 years old who lives with his young widowed mother in New York. He spends his days with his friend the grocery man Mr. Hobbs, the boot black Dick, and other young lads from his town. His best friend is his mother, whom he calls dearest, because that is what his papa used to call her. Cedric has curly blond hair, a sturdy young body, and a beautiful face that is only matched by his sweet temperament. He is always thinking of others and what they might need.

One day, an English lawyer comes to Cedric's house with news that will change his young life forever. Cedric's papa was the son of a great Earl in England. The earl has lost all three of his sons and is now looking for his heir. He is a crusty old gentlemen with a hard, cold heart. He has spent his life chasing after his own pleasures and not caring one mite for the needs of others, especially the needs his tenantry. He is extremely prejudiced against Americans and was outraged when his youngest son married an American woman. His proud heart views with disgust his young heir before he even meets him, expecting him to be rude, uneducated, and selfish. Little does he know that the meeting of the Earl of Dorincourt with little Cedric is destined to change his life forever. (Summary by Abigail Rasmussen)

I really enjoyed this very heartwarming story about a young lad that turns a sour old man into a new man! Very well done by all the volunteers ! I really love & enjoy all of LibriVox dramatic readings as they are all very well read and performed! Thanks to all of the wonderful volunteers for taking the time to entertain us with this fine story!

Fun story. This recording was much better than the first one.

I loved this story. The narrator has a lovely voice. I hated the voice of maid Mary and the voice of Glenn O 'Brien too. I could not understand, most of what Glenn 'Brien said (I only know he's Glenn because, I only understood him when he said, his surname) of his very bad, speech impediment. A slight lisp would have still annoyed me but Glenn is practically, inaudible. I think, it's unfair on the person, having to listen to it. Just, because these people volunteer, it doesn't excuse it. It is ridiculous that he was allowed to take part. The accent of the shoe man, was very bad, the grocer's was marginally better, as the story is set in New York, not the Deep South. I can't walk, so it's the equivalent of me, trying to walk a marathon! I accept that, so I don't think it's unreasonable, to ask that a person, is audible. Pity the Narrator didn't do those unsuitable, adult voices. Very bad editing.

an enjoyable listen and well read, sometimes the voices are at different volumes and it distracts a little but not enough to not want to listen to it again and again.

This is a good story about always doing right just because it is right. The speakers do awesome job with the voices! Excellent recording!

A pleasant story and nicely done!