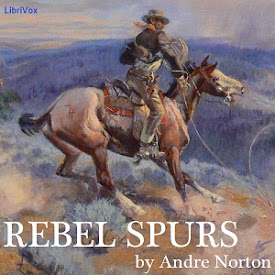 In 1866, only men uprooted by war had reason to ride into Tubacca, Arizona, a nondescript town as shattered and anonymous as the veterans drifting through it. So when Drew Rennie, newly discharged from Forrest’s Confederate scouts, arrived leading everything he owned behind him—his thoroughbred stud Shiloh, a mare about to foal, and a mule—he knew his business would not be questioned. To anyone in Tubacca there could be only one extraordinary thing about Drew, and that he could not reveal: his name, Rennie.

Drew had come west from Kentucky to find a father he had thought dead until the year before. Kinship with a man like Hunt Rennie, however—the legendary Don Cazar, owner of a matchless range and prize stallions—was not a claim to be made quickly or lightly. Posing as Drew Kirby the young veteran contrived to get himself and his friend Anse hired as corral hands at Rennie’s Range, but he was hardly prepared for the suspicion and danger which stood between him and his father. As hotheaded as his father, Drew was ready to move on to California—until the day all proof of his Rennie name was stolen from him, and his unwarranted arrest for horse-thieving brought on the accusations of the one man whose trust he needed.

Andre Norton’s _Ride Proud, Rebel!_ dramatically portrayed the last year of the Confederacy, when brave men like Drew Rennie met defeat with honor. In this sequel, Drew’s struggle to establish his identity and begin life anew in a raw, unsettled land reflects the courage of thousands of rootless men set adrift by the Civil War.
- Summary by Front Dust Jacket (6 hr 44 min)

Sure was glad to pick up on Drew and Ans again after Ride Proud Rebel. These two characters really came to life for me. I hate to be done with them.

a wonderful old fashioned tale of the west

Good narration and a fun and exciting story

well written hard to put down

good book made even better by a great narrator!