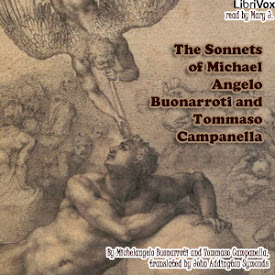 The Sonnets of Michael Angelo Buonarroti and Tommaso Campanella

Michael Angelo and Campanella represent widely sundered, though almost contemporaneous, moments in the evolution of the Italian genius. Michael Angelo was essentially an artist, living in the prime of the Renaissance. Campanella was a philosopher, born when the Counter-Reformation was doing all it could to blight the free thought of the sixteenth century; and when the modern spirit of exact enquiry, in a few philosophical martyrs, was opening a new stage for European science. The one devoted all his mental energies to the realisation of beauty: the other strove to ascertain truth. The one clung to Ficino's dream of Platonising Christianity: the other constructed for himself a new theology, founded on the conception of God immanent in nature. Michael Angelo expressed the aspirations of a solitary life dedicated to the service of art, at a time when art received the suffrage and the admiration of all Italy. Campanella gave utterance to a spirit, exiled and isolated, misunderstood by those with whom he lived, at a moment when philosophy was hunted down as heresy and imprisoned as treason to the public weal. The marks of this difference in the external and internal circumstances of the two poets might be multiplied indefinitely. Yet they had much in common. Both stood above their age, and in a sense aloof from it. Both approached poetry in the spirit of thinkers bent upon extricating themselves from the trivialities of contemporary literature. The sonnets of both alike are contributions to philosophical poetry in an age when the Italians had lost their ancient manliness and energy. Both were united by the ties of study and affection to the greatest singer of their nation, Dante, at a time when Petrarch, thrice diluted and emasculated, was the Phoebus of academies and coteries.

This common antagonism to the degenerate genius of Italian literature is the link which binds Michael Angelo, the veteran giant of the Renaissance, to Campanella, the audacious Titan of the modern age. - Summary by Prefatory note to this volume (2 hr 43 min)