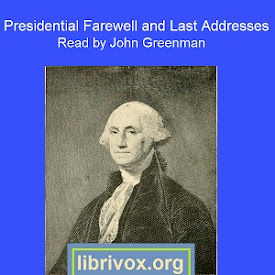 This collection will put in one place, all the Farewell (or last) Addresses made by each of the 43 ex-US presidents.

The first, George Washington's "Farewell Address", issued as a public letter in 1796, was one of the most influential statements of republicanism. Drafted primarily by Washington himself, with help from Hamilton, it gives advice on the necessity and importance of national union, the value of the Constitution and the rule of law, the evils of political parties, and the proper virtues of a republican people. He called morality "a necessary spring of popular government". He said, "Whatever may be conceded to the influence of refined education on minds of peculiar structure, reason and experience both forbid us to expect that national morality can prevail in exclusion of religious principle."

Washington's public political address warned against foreign influence in domestic affairs and American meddling in European affairs. He warned against bitter partisanship in domestic politics and called for men to move beyond partisanship and serve the common good. He warned against "permanent alliances with any portion of the foreign world", saying the United States must concentrate primarily on American interests. He counseled friendship and commerce with all nations, but warned against involvement in European wars and entering into long-term "entangling" alliances. The address quickly set American values regarding foreign affairs. ( Wikipedia) All of the other presidential addresses were collected from available on-line sources and, while there may be disagreement among some as to which, exactly, was the "last address" of a particular president, great effort has been made to be as accurate as possible. (summary by John Greenman) (9 hr 42 min)

It was grate because I did not like reading it my self.