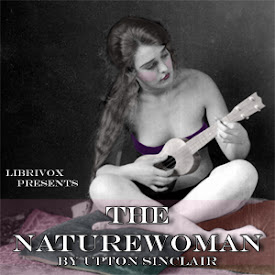 The Mastersons, a wealthy Bostonian family, await the arrival of their cousin Anna in the wake of her grandfather's death. Though born in Boston, Anna, who prefers the name Oceana, spent most of her life on a tropical island in the Pacific with her father. A free spirit, her practices and values surrounding proper dress, romance, and entertainment clash with those of her conservative relatives. What will happen as patience and tolerance wear thin for both parties when alluring Oceana catches the eye of a married man?

Upton Sinclair, though best known for his novel The Jungle, an expose of the meatpacking industry, was also a playwright whose works for the stage reflect the same progressive viewpoints found in his other writing. Published as part of the collection Plays of Protest in 1912, this play was heavily influenced by the character of "Nature Man," an American hippie in Tahiti, from Jack London's book The Cruise of the Snark. This production is dedicated to Denny Sayers. (Mary Kay)

I heard myself seeing my reflection.

Oceana is my new (fictional) hero. Thank-you, Upton Sinclair. Perhaps somehow you will feel my gratitude for your work reverberate through time. One can only hope. I also owe much gratitude to all of the people who took part in this wonderful narration. And, of course, I owe the Librivox project my deep gratitude for helping those of us unable to read, no matter the reason, to experience the literature we'd have to suffer without if Librivox did not exist.

A great performance of a really great play. Loving Upton Sinclair’s work. Vivid characters, progressive ideas, interesting premise. The story started on strong, but the second half was a bit weak however. Great play and cast.

Critical look at the social norms of the time.

Great reading, not so great story