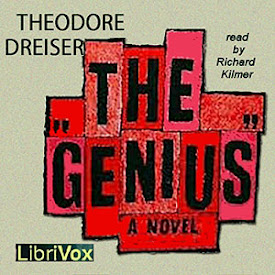 "The only figure of literary repute who ever rated The "Genius" as first among the novels of Theodore Dreiser was Theodore Dreiser," literary historian Larzer Ziff observed. His fifth published novel, The "Genius" was actually the third novel Dreiser began work on and, as his most autobiographical work, remained the novel closest to his heart. He worked on it in stages over a four-year period. The credit he felt he deserved (and did not receive) for his honesty about sexual urges and damaged relationships and his original publisher's decision not to stand by the novel in the face of criticism contributed to his lifelong feeling that the book had never been given its due. After An American Tragedy, it is his longest book; the final draft ran to over 700 pages in a close-set type. While the protagonist of the book is in many ways a portrait of its author, Dreiser also loosely based Eugene Witla on some of the painters, artists working in an Ashcan realist style, whom he knew in New York at the time and whose studios he visited. The most likely candidate for a model is Everett Shinn, who painted urban scenes of the kind attributed to Witla and who was known as a promiscuous man.

The novel is divided intro three sections: "Youth," "Struggle," and "Revolt." In Book I, Eugene Witla (like Sister Carrie, in Dreiser's earlier novel) escapes the confines of the small town in Illinois where he has been raised to make his way in Chicago. There he studies painting at the Chicago Art Institute and enjoys the excitement of the city and his first sexual experiences. He becomes engaged to a young woman, Angela Blue, with whom he is intimate before their marriage but, at all times, he finds it difficult to remain faithful. A life based on monogamy seems beyond him. In Book II, Eugene and Angela move to New York City, where he makes a name for himself in the art world as an urban realist but finds his marriage with the increasingly conventional Angela painfully limiting. They travel to Europe, he suffers a breakdown, and they return to New York where Eugene attempts to make a better living in the advertising world. Book III chronicles the deterioration of Eugene and Angela's marriage as he begins an affair with Suzanne Dale. (Wikipedia) (32 hr 54 min)

Good solid reading of a landmark work of American fiction

Much appreciation to Mr Kilmer for thinking to complete a reading of The Genius. There's a certain melancholic tone in the reader's delivery that suits works like this quite well.

This is very long story but Richard Kilmer makes it a worthwhile listen. His voice suits the story quite well and pulls the listener into every aspect of the protagonist's life. The tragedy created by the "wandering eye" of the main character is astonishing in its range and scope. The ending will not surprise those who have ever dealt with someone who seemingly does not want to see past their own instant gratification.

Long book. Sound about one man’s theology struggle with himself and his life pursuit of true love.

Well done! Thank you for your labor of love.

Egotistical narcissist with artistic "genius" has "tough" life. Saga-like narration makes some chapters longer than others, cudos for the effort.