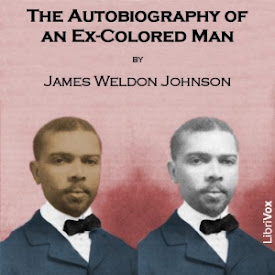 The Autobiography of an Ex-Colored Man (version 2)

The story of a biracial man living in the deep south after the reconstruction era. He is young and talented. Yet, in order for him to avoid stigma, he has to pass as white. But would his sense of belonging and solidarity to the black community of the time catch up with him at the end? "It is very likely that the Negroes of the United States have a fairly correct idea of what the white people of the country think of them, for that opinion has for a long time been and is still being constantly stated; but they are themselves more or less a sphinx to the whites. It is curiously interesting and even vitally important to know what are the thoughts of ten millions of them concerning the people among whom they live. In these pages it is as though a veil had been drawn aside: the reader is given a view of the inner life of the Negro in America, is initiated into the "freemasonry," as it were, of the race. These pages also reveal the unsuspected fact that prejudice against the Negro is exerting a pressure which, in New York and other large cities where the opportunity is open, is actually and constantly forcing an unascertainable number of fair-complexioned colored people over into the white race. In this book the reader is given a glimpse behind the scenes of this race-drama which is being here enacted,—he is taken upon an elevation where he can catch a bird's-eye view of the conflict which is being waged." (from the preface by the publisher and Stav Nisser.) (4 hr 46 min)

What a sad tragedy, yet an honest perspective of a man who because of there society of his days had to choose the uplifting of black Americans vs. living as a white man solely. Great he found solace in the upbringing of his dear children

The audio would not play unless a review was given. I have not yet listened completely why would I give a review?