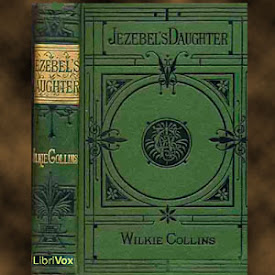 A brilliant chemist and a shrewd businessman — die on the same day. The widow of the chemist, Mrs. Fontaine, is left with the poisons he was researching , while Mrs. Wagner is left with her husband's mental health institution reforms and his plans for hiring women along with men in his firm's offices. Mrs. Wagner believes in treating madmen gently, and requests for the funny little man Jack Straw to be released from the madhouse. At the same time, her nephew David Glenney is sent to the Frankfurt office, where he works with Mr Engelmann and Mr Keller. The Keller sun, Fritz, has fallen in love with Minna Fontaine, but the prospect of marriage is not being approved of by his father because Madame Fontaine is said to be in debt after her husband's death. (11 hr 25 min)

Eh, could have been better

First, I'll say that the readers did a nice job, I don't recall having any issues with the chapters. Being a Wilkie Collins fan like I am, this book kind of let me down. I have either listened to, or read most of his books. Usually a theme or character jumps out from his book and really grabs you and draws you into the story. This one just didn't do that. It was kind of predictable, I guess. The antagonist wasn't really hateable either, just annoying. And it kind of felt like the story dragged out. If I had listened to this book before other WC books I'd probably rate it higher, but in comparison, it just lacks the spirit of his other works.

A great story from beginning to end

I’ve listened to about 10 of this author’s novels, and this is my favorite so far. The plot is engaging and the pacing is perfect, although at times I wanted to scream at some the characters, “Can’t you see what’s happening?!” The unexpected comic scenes that appeared near the end were a pleasant surprise. I initially avoided this book because the description was so crammed with information, I gave me the impression that it would be too complicated for me to follow. I’m glad that I finally gave it a chance! Very enjoyable.

like a previous reviewer I agree that this was not one of WC's best, but in no way a worst. I enjoyed the story but it did lack the layer upon layer of suspense and intrigue which is the norm for this author. The ending was soft. it almost seemed like Collins grew tired of the tale and just wanted to end it. The quirky charactor Jack Straw helped to add some of the interest that was missing in the rest of the story

I really enjoyed this one too. The book is divided in 2, the first part being narrated by David Glenney, a young clerk, the second part is narrated in the third person. For some reason I highly enjoyed David's narration, while I found the second part more predictable and maybe too detailed. David makes a lot of conjectures, does not really know what to make of Madame Fontaine. This set me speculating a lot. But all in all an enjoyable book!

Love the twists and turns of Wilkie Collins. Read very well by some but some have a mumbling diction sometimes with accents and rapid staccato rhythms which appertain to their native language thus rendering some chapters very difficult to follow. Perhaps these readers could slow down a bit to allow listeners to catch the meaning first time around. Despite this occasional problem the opportunity to listen to these novels is very much appreciated.

This is the second time I've listen to this book by Wilkie and it was even better the second time around. All the readers were fabulous and the story line was excellent. I really couldn't put the book down I had to keep listening to it. I highly recommend this book to everyone it is a MUST READ!

I enjoyed the character of Jack and his "mistress"'s way of relating to him. Several "nail-biting" episodes that kept my interest to the end.

Wow. Predictable, but sad and sweet and mesmerizing

Well read by this cast of volunteers. Bravo